This post may contain affiliate links. As an Amazon Associate I earn from qualifying purchases. Thank you for your support!

Rajma Masala is a popular dish from North Indian Cuisine. Rajma or kidney beans are simmered in an onion-tomato base sauce and some aromatic Indian spices, to get thick, stew like consistency.

Rajma Masala is highly nutritious, yummy and an easy one pot meal. An excellent protein rich diet for vegetarians. Rajma Masala is typically served over steamed white rice. This recipe is VEGAN, GLUTEN-FREE 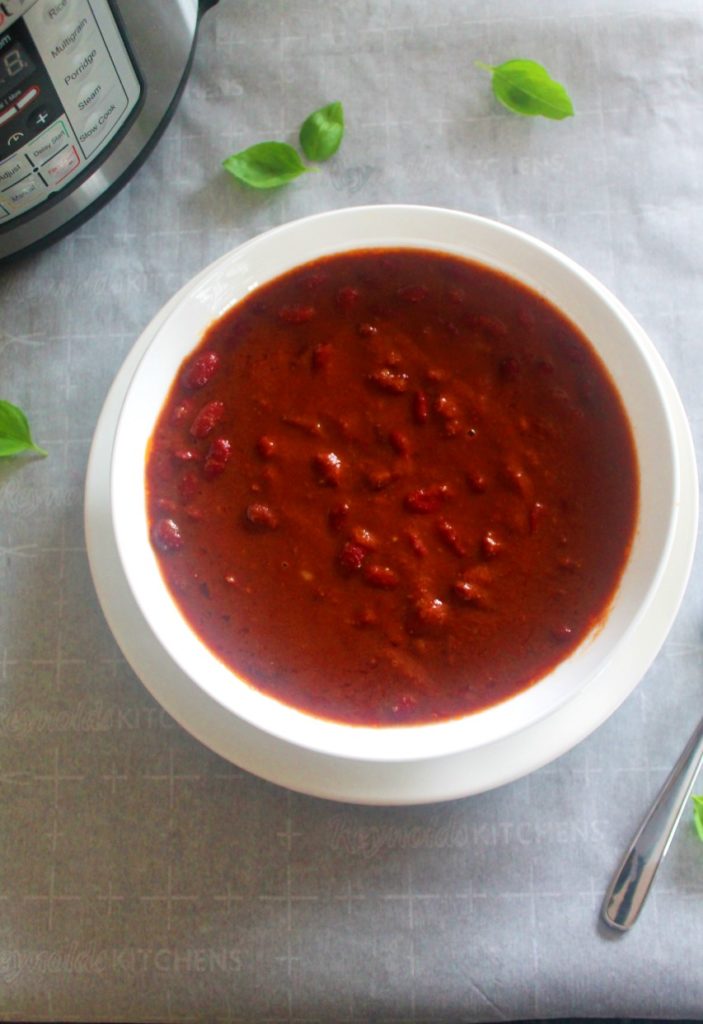 Rajma, also known as kidney beans curry, is a popular dish from northern state of Punjab, India. Traditionally, rajma is soaked overnight, boiled, and mixed with onion-tomato based sauce, called “Bhuna Masala” in Hindi. Slow cooked with aromatic Indian spices, until it reaches a thick, stew like-consistency. Slow cooking enhances the flavors of this simple dish.

I am sharing my recipe for one-pot Rajma Masala, thus making it little easier. I cook the soaked rajma along with the onion-tomato sauce, and then pressure cook it to infuse all the flavors from the aromatic spices. Thus, keeping it simple, one-pot meal, great for those busy weeknights.

I am also sharing a PIP (pot-in-pot) method for cooking brown rice. Since, kidney beans and brown rice take around same amount of time to cook, you can also cook rice at the same time. Meals can’t be easier than this!!

Typically, Rajma Masala is served over steamed white rice (Chawal) and some onion salad, but you can also serve it with some Indian flatbread, roti or naan. I like to serve Rajma masala with some steamed Basmati Rice, some homemade yogurt and some salad! 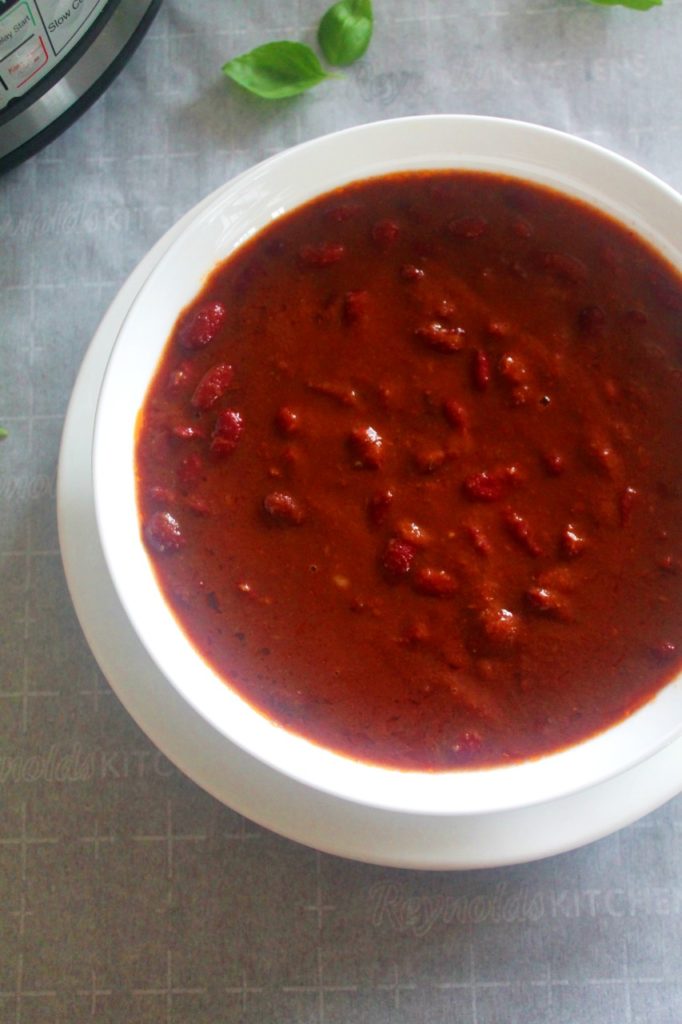 HOW TO COOK RAJMA MASALA

Preparing this Rajma Masala is very easy, the only preparation involved in this recipe is the soaking time. I prefer soaking kidney beans / rajma overnight or minimum of 4 hours. I believe soaking the kidney beans not only reduces the cooking time but also enhances the flavors.

Step by step recipe to cook Rajma Masala in the Instant pot.

Drain the water from the soaked kidney beans, rinse and keep it aside.

Note: I prefer onion paste, it gives nice texture to the gravy. But you can use chopped onions, tomatoes for this recipe as well. If using onion paste, cook the paste well, until all the moisture has evaporated.

Turn on Instant Pot to saute mode (high), add oil, cumin seeds, and onion-garlic paste. Saute for few minutes, or until all the moisture from the paste has evaporated. This will take around 5-7 minutes. 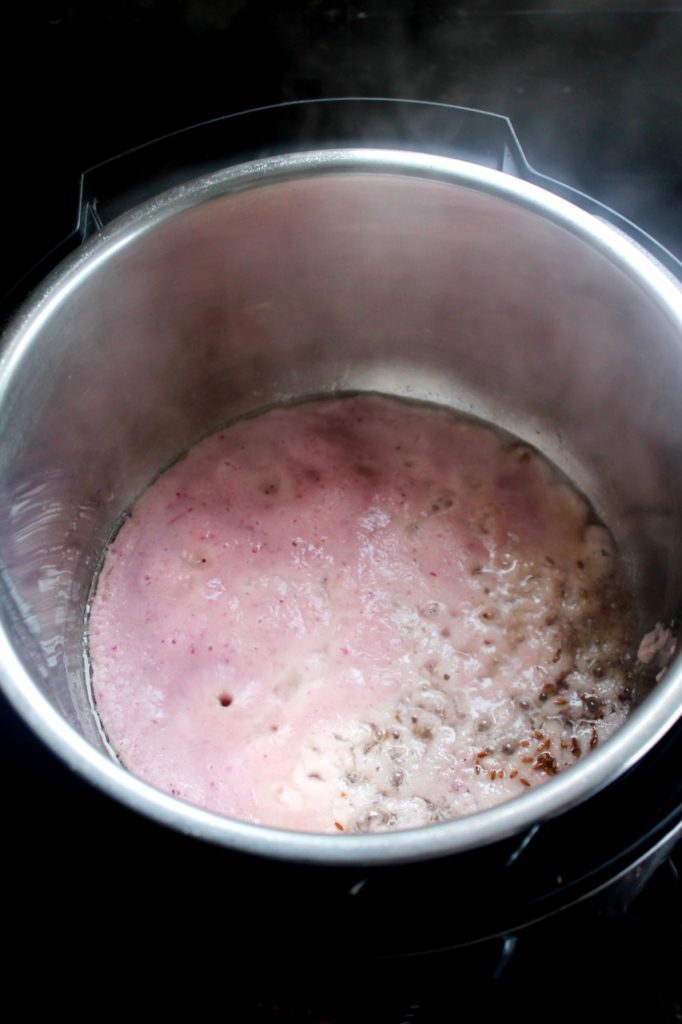 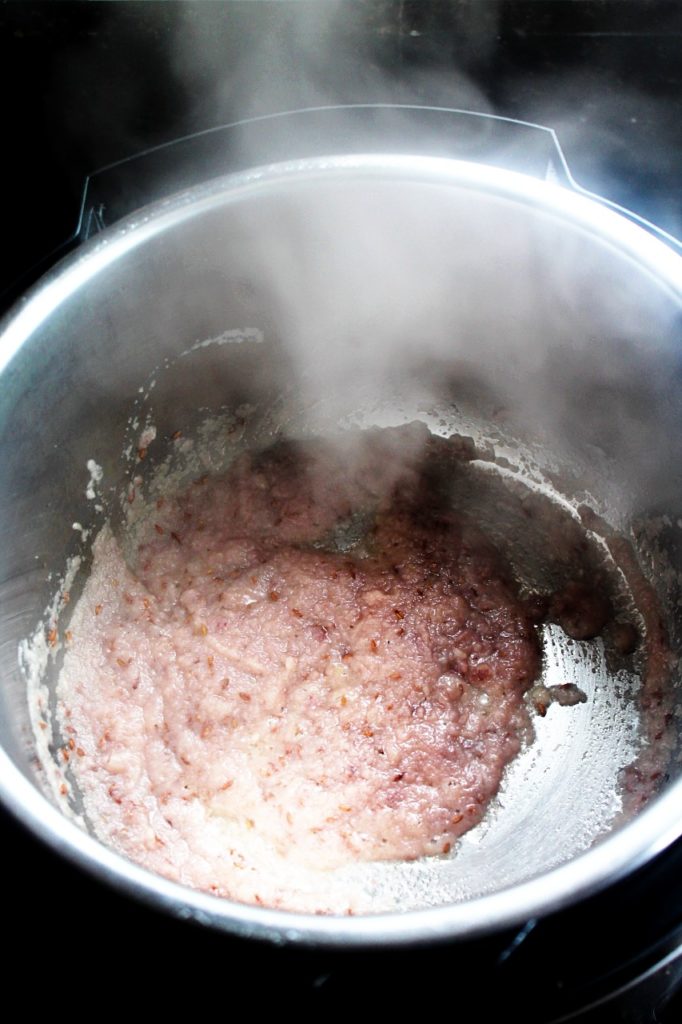 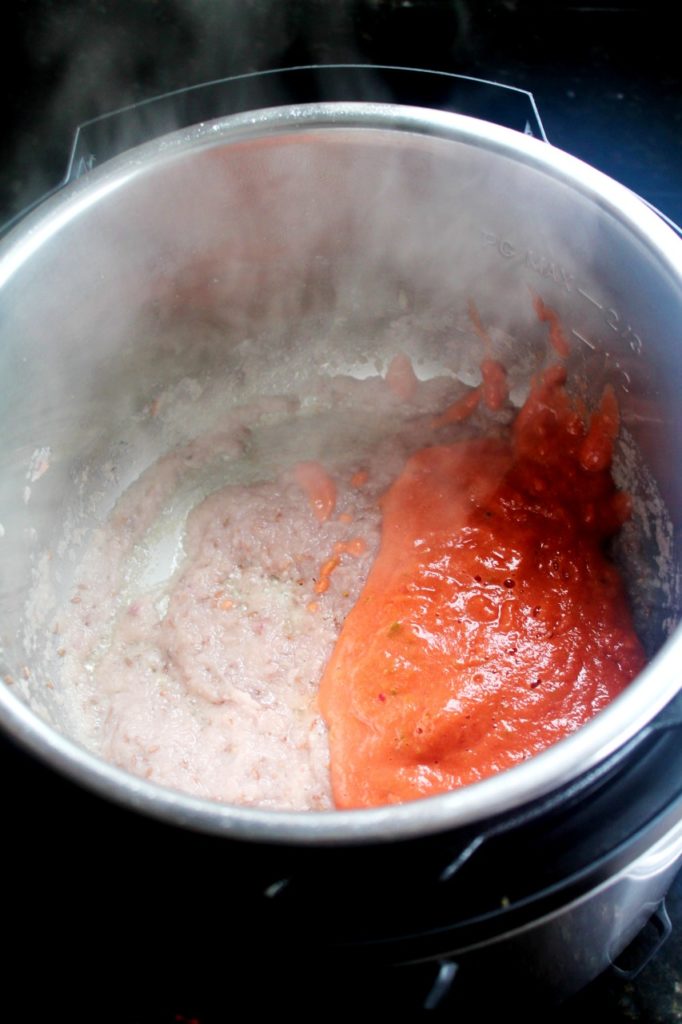 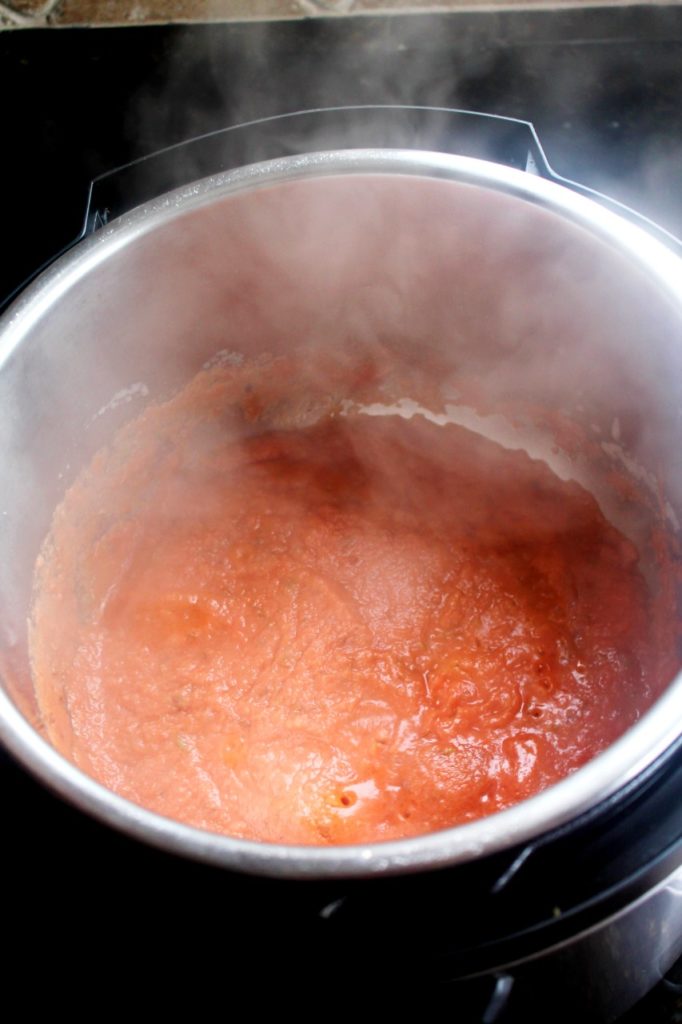 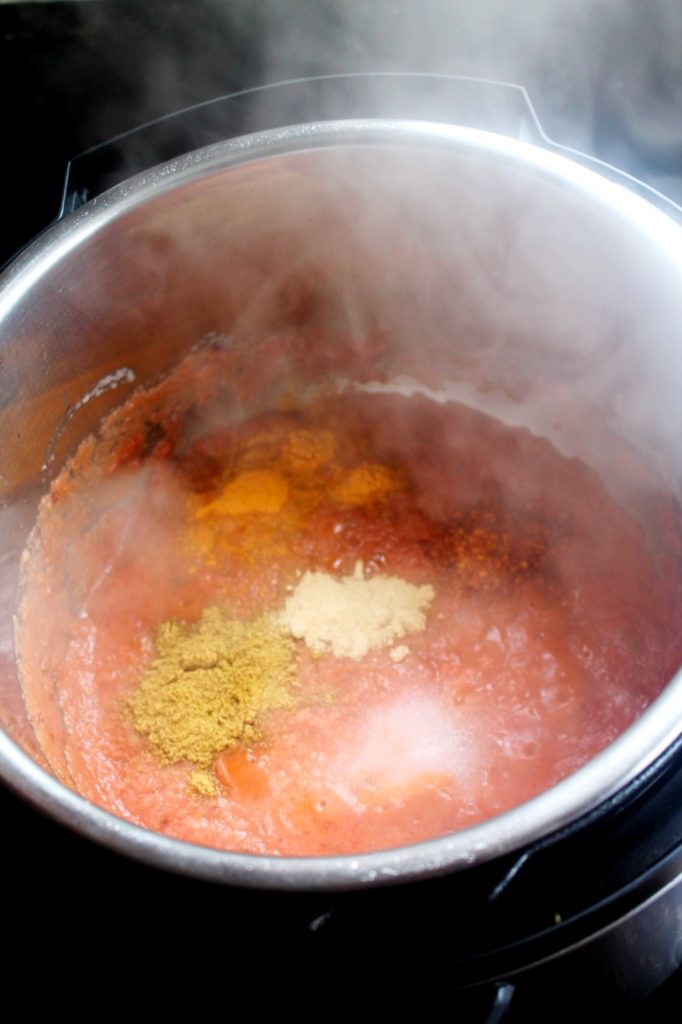 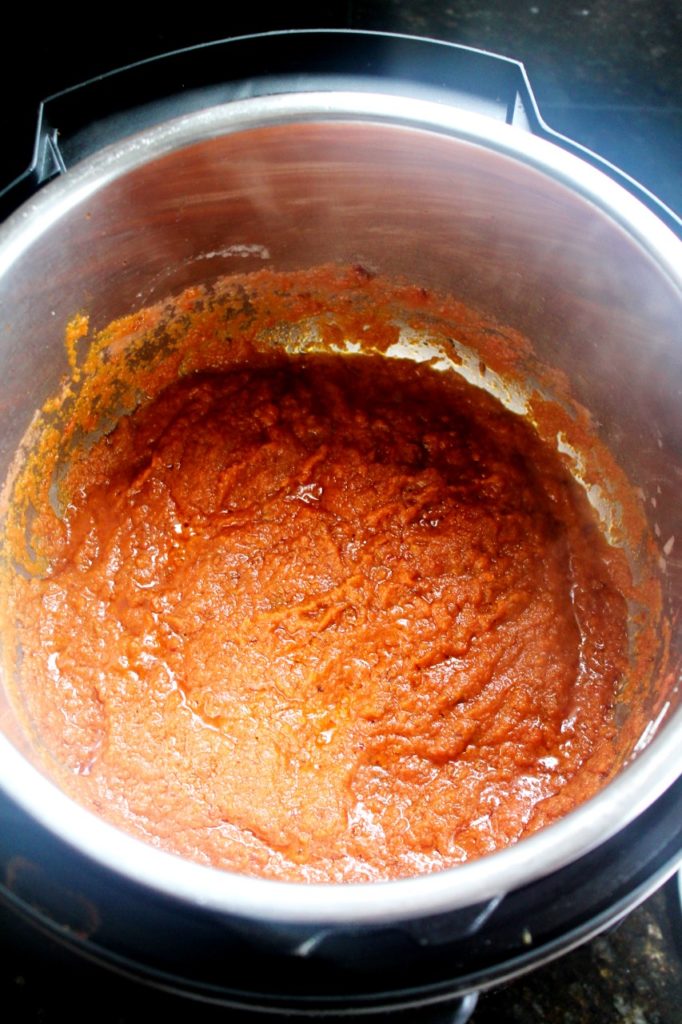 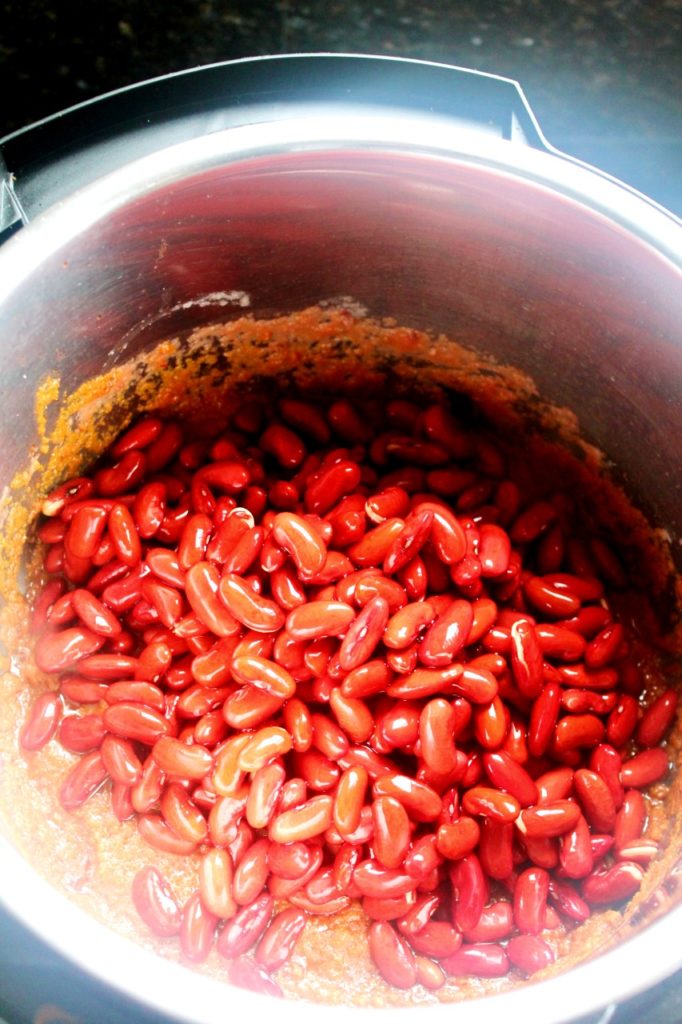 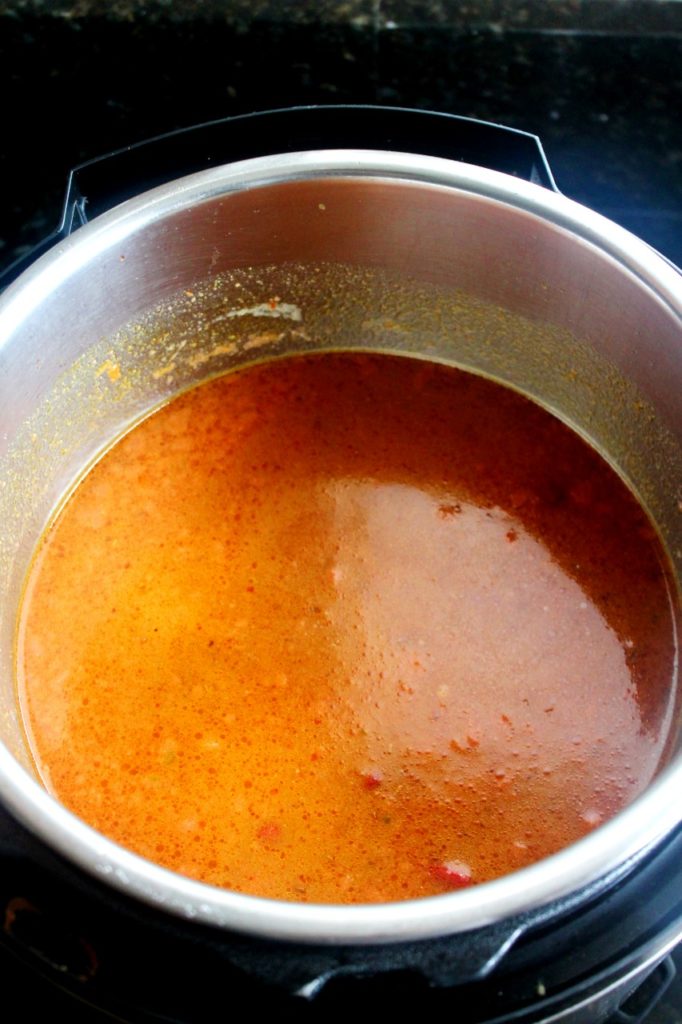 Optional: Place a trivet. In a insert (bowl) add all the ingredients for brown rice and place the insert on the trivet. Close the lid with vent on sealing position.

Open the Instant pot, check if the beans are soft and cooked. If required, add few minutes of pressure cooking. 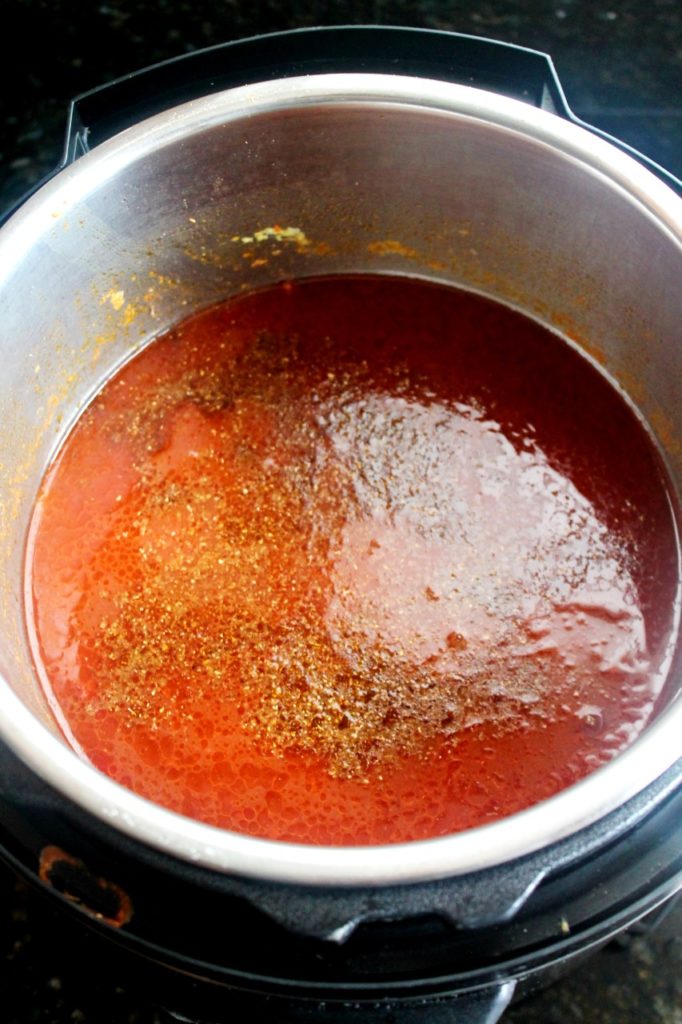 Note: Simmer for few minutes or until desired thickness. Sauce thickens as it cools.

Adjust the consistency of the gravy, if desired add more water. Garnish with some fresh coriander. Serve hot with steamed rice. 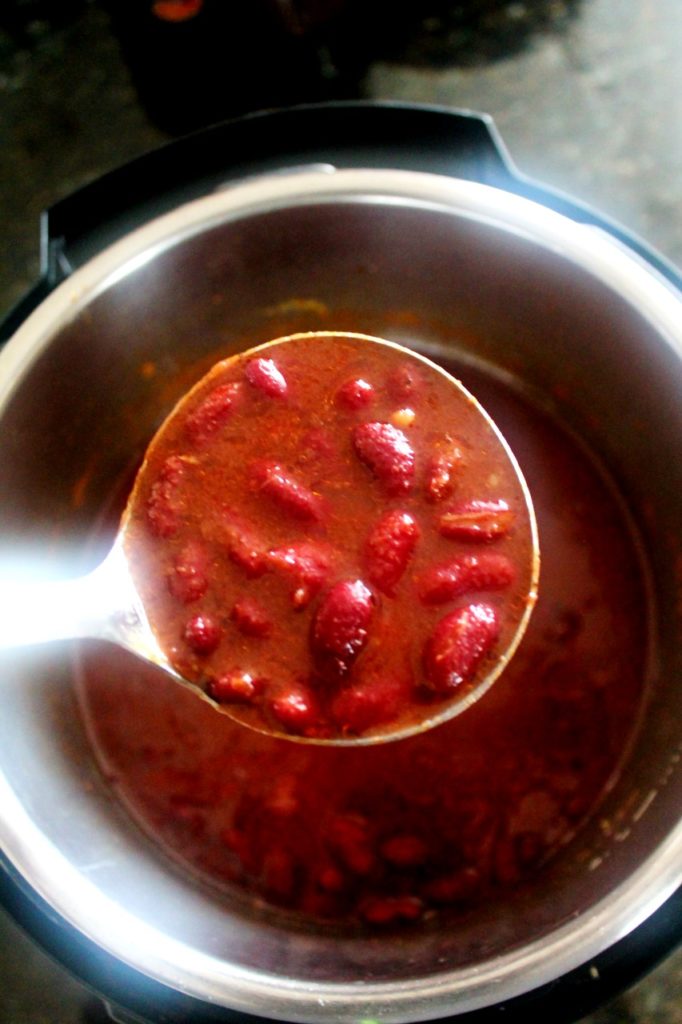 I absolutely love this concept of pot-in-pot cooking. Getting entire meal done in just one pot. How cool it is?? However, it is important to understand how pot-in-pot method works.

So basically, pot-in-pot cooking means, that multiple things can be cooked at the same time in the main pot (Instant Pot) using multiple, smaller pots or inserts that easily fit into the main pot.

Food that have similar cooking time can be cooked using this method. For example, Rajma Masala, it takes 30 minutes for dal to cook on Bean/Chili mode. Brown rice takes about 22-25 minutes of cooking. So, Rajma Masala and brown rice can be cooked together using pot-in-pot method.

Similarly, you can also cook Dal Makhani (Madras Lentils) and brown rice using pot-in-pot method. Here’s the recipe for Dal Makhani if you would like to check it out.

Follow the recipe as discussed earlier. Close the pressure cooker, after the first whistle, reduce the heat to low and cook for 25-30 minutes. Let pressure release naturally. Adjust the consistency of the gravy, if desired add more water. Add lemon juice and fresh coriander. Serve hot with steamed rice.

I prefer to soak kidney beans overnight or minimum of 4 hours prior to cooking. Soaking the beans not only reduces the cooking time but it also enhances the taste and flavor of Rajma Masala. I remember my mom always use to soak beans for good reasons prior to cooking.

Soaking beans before cooking helps to break down some of the complex sugars that can make beans hard for some people to digest. Soaking the beans prior to cooking also reduces cooking times.

Soaking the beans also cleans them more thoroughly (since beans cannot be washed before being sold or they can turn moldy). Soak beans in enough water overnight or for few hours, discard the water the beans are soaked in, and rinse the beans thoroughly before cooking.

Cooking beans can be very tricky at times. Depending upon the quality of the beans, if it is aged (old), it might take longer to cook even though it is soaked overnight. 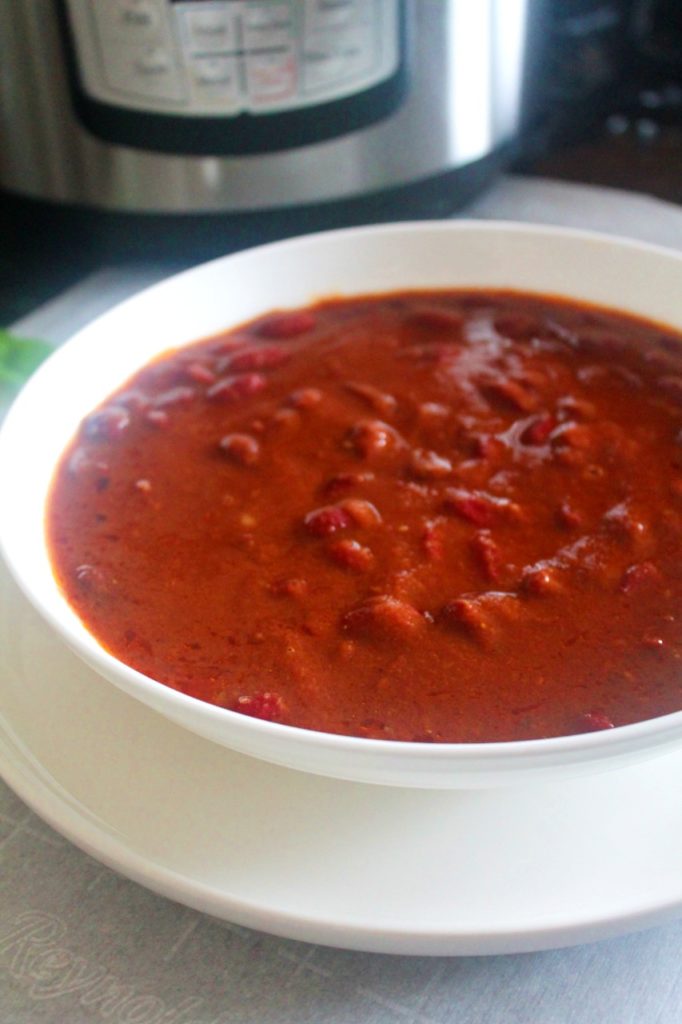 SOAKING BEANS – I prefer to soak kidney beans overnight or minimum of 4 hours prior to cooking. Soaking the beans not only reduces the cooking time but it also enhances the taste and flavor of Rajma Masala. If using dry beans, double the cooking time.

LIGHT OR DARK KIDNEY BEANS – I use both, light and dark kidney beans depending upon the availability. Light kidney beans take less time to cook as compared to dark ones. Adjust the cooking time accordingly.

Also, depending upon the type of beans used, the Rajma masala will turn out light or dark in color.

SAUCE OR GRAVY – Onion paste or chopped onions, both work fine in this recipe. However, if using the onion paste, cook the paste down. Beans absorb flavors from the sauce, so depending upon how flavorful the sauce is, the Rajma Masala will turn out.

COOKING TIME – Depending upon how old the kidney beans are, the cooking time will vary. Sometimes, even after soaking the beans overnight, I still have to cook them longer. Please use timing as a guideline, adjust the cooking time as needed.

CANNED BEANS – If using canned kidney beans, follow the same recipe, pressure cook for 10 minutes. This will allow beans to absorb all the flavors to blend in well.

FORGOT TO SOAK BEANS, CAN I STILL MAKE RAJMA

Yes, absolutely you can. Soak the beans in hot water for 45-60 mins, covered. After 60 mins, discard the water beans are soaked in, rinse beans with fresh water and they are ready to be used in the recipe.

You may have to adjust the cooking time, since these may take little longer to cook as compared to once that have been soaked overnight.

CAN I USE CANNED BEANS

Yes, you can use canned beans for this Rajma Masala. Follow the same recipe, drain and rinse the beans. Cook beans on Pressure Cook / Manual mode (high) for 10 minutes. This will allow all the flavors to incorporate well. Rajma masala is ready to be devoured.

Reduce the amount of water to half, as these beans are already cooked. You need water only to make the sauce or gravy.

HOW TO SERVE RAJMA MASALA

Rajma Masala is typically served over steamed white rice (Chawal), some yogurt, and some onion salad.

I also like to serve Aloo Gobi / Cauliflower Potato Curry as a side dish.

★ If you tried this recipe, I would love to hear your feedback. Please rate the recipe and/or leave a comment below.

Here are some SOUP recipes for you to enjoy!!

HOW TO GROW SPROUTS – LENTILS AND BEANS

HOW TO STEAM BROCCOLI

HOW TO COOK BASMATI RICE

HOW TO COOK DRY CHICKPEAS 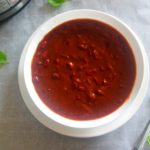 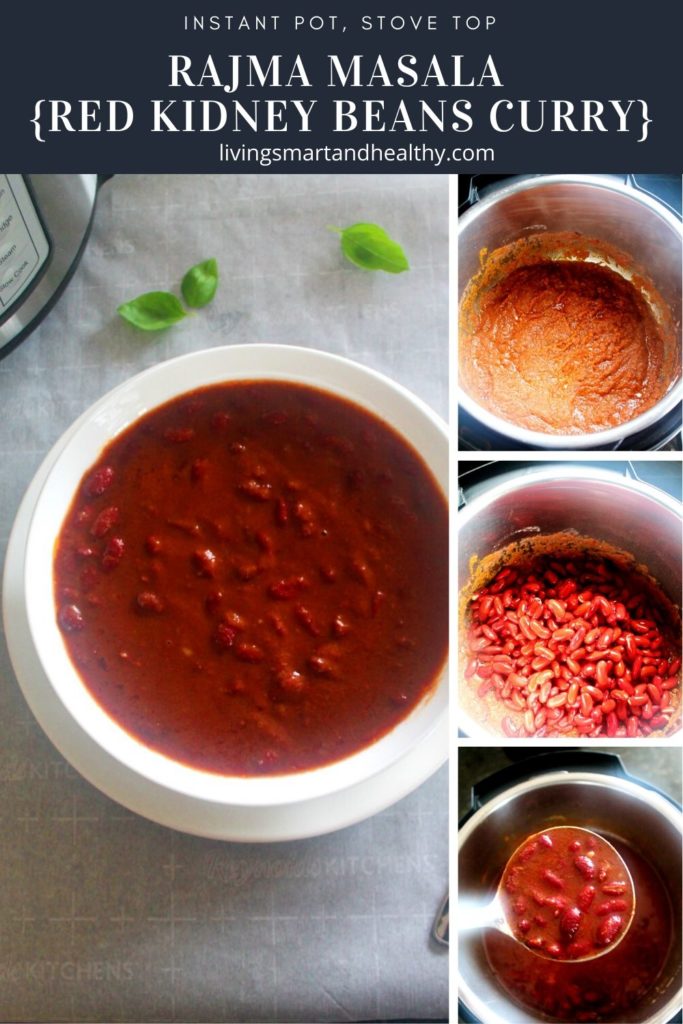 How to grow sprouts – Lentils, Beans 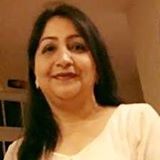 Sign up to get weekly emails with inspiration in your inbox.
Close Menu
83shares